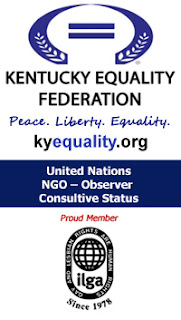 After a long and humiliating period for member states, the new head of the United Nations, defender of peace and the Declaration of Human Rights is acting to prevent rape and abuse from member states around the World.

United Nations Secretary-General Antonio Guterres, underscoring that the United Nations should not be, in any way, associated with the crimes of rape, sexual violence, exploitation, and abuse, has outlined a new victim-centred approach to prevent and respond to such abuses committed by those serving under the United Nations flag.

“Such acts of cruelty should never take place. Certainly, no person serving with the United Nations in any capacity should be associated with such vile and vicious crimes,” said Guterres in a message announcing his report released Thursday on the issue. Let us declare in one voice: We will not tolerate anyone committing or condoning sexual exploitation and abuse. We will not let anyone cover up these crimes with the UN flag.”

The secretary-general’s report outlines special measures for protection from sexual exploitation and abuse, and the new approach aims to be victim-centred strategy and is rooted in transparency, accountability and ensuring justice.

Noting that exploitation was also deeply rooted in gender inequality and discrimination, Guterres said that promoting gender equality throughout the UN system, including its missions and peacekeeping forces, would help advance parity and at the same time decrease incidents of abuse.

Based on four tracks, the approach documented in the report focuses on the rights and dignity of victims; ending impunity for those guilty of crimes and abuses; drawing on the wisdom and guidance of all those who have been affected, civil society, local communities and others to strengthen and improve UN’s efforts; and to raise awareness and share best practices to end the scourge.

“Privatized U.S. companies who provide security and peacekeeping operations have immunity from prosecution as has been reported many times in addition to multiple reports, books, and movies being made on the subject. No privatized security company or active soldier from the United States, France, Germany, Greece, Italy, or any other UN state should have immunity from prosecution for such barbaric acts,” stated Kentucky Equality Federation and United Kentucky Alliance Secretary-General Jordan Palmer for ILGA. “All peacekeeping operations ultimately report to the Office of the Secretary-General, and the Secretary-General along with the United Nations General Assembly should deny immunity to privatized soldiers committing such acts, they should be prosecuted by the International Court of Justice (ICJ), the primary judicial branch of the United Nations, or their home, member state.”

Palmer continued, we hope UN Secretary-General Guterres will continue to protect and defend the Universal Declaration of Human Rights, which as former Secretary-General Ban-Ki Moon stated: “To those who are gay, lesbian, bisexual or transgender, let me say — you are not alone. Your struggle for an end to violence and discrimination is a shared struggle. Any attack on you is an attack on the universal values the United Nations and I have sworn to uphold.”

United Nations Secretary-General Antonio Guterres included a detailed list of actions, along with the relevant UN entity, that would be responsible for consultation with relevant stakeholders, as well as provides data on allegations of sexual exploitation and abuse across the UN system and by non-UN international forces authorized by a Security Council mandate.

Kentucky Equality Federation Ambassador of Goodwill Melanie Nathan, the executive director of the African Human Rights Coalition added: “LGBTI people aren’t protected adequately or in some instances at all by the UN and the states who continue to criminalize people based on sexual orientation and gender identity. We have LGBTI asylum seekers and refugees languishing and suffering violence where host countries continue to allow persecution and United Nations High Commissioner for Refugees is unable to provide adequate security. Hopefully, change will come for all and this is not mere lip service.”