“Kentucky House Bill 279 lays the groundwork for legalized discrimination and is detrimental to the equal rights movement for all LGBTI residents of the Commonwealth,” stated Kentucky Equality Federation’s Chairman of the Board, Brandon Combs. “This legislation also has the potential to negatively impact a wide-range of individuals beyond the LGBTI community, such as single parents and divorced couples. The passing of this legislation threatens to push the state back to the 1960s prior to the passage of the Kentucky Civil Rights Act.”

“House Bill 279 represents a clear and present danger to the gay and lesbian community and other minority groups around the commonwealth,” stated Kentucky Equality Federation president Jordan Palmer. “Thousands of Kentuckians are opposing the legislation. We urge Governor Steve Beshear to veto the legislation. Both the Kentucky and U.S. constitutions provide for freedom of religion and Kentucky Equality Federation supports freedom of religion. However, what we need is freedom from religion; lawmakers use religion as a means to deny someone a fundamental civil right. In 2010 the Kentucky House of Representatives passed Resolution 232, the Manhattan Declaration making Christianity the official religion of the Commonwealth. (voting record). House Bill 279 does nothing more than give people permission to discriminate based on their religious beliefs thereby taking it beyond ‘freedom of religion’ to ‘forced religion’ because they have imposed their religious beliefs on others with legal authority to do so.” 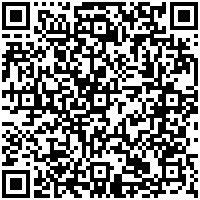 To break it down, Kentucky Equality Federation’s Vice President of Legal, Jillian Hall, Esq. stated: “House Bill 279 has the potential to harm local ordinances in place in Louisville, Lexington and Vicco. Essentially, an individual can continue to discriminate against a gay individual in violation of the ordinance and be protected under this new law by showing that it is in conflict with their closely held religious beliefs. While the language adding “substantial” to the burden (via an amendment to the bill) does add some protections, as it is very difficult to meet the level of “substantial burden” in the courts (as would have to be shown by the discriminating party), the law still is a major step backward for the equality movement.”

Hall continued:  “Right now, people discriminate freely and openly against the gay community without recourse due to the lack of a Kentucky statewide equality law. Similar laws to this proposed bill have been passed in several other states after the U.S. Supreme Court struck down the U.S. Religious Freedom Restoration Act in 1997 (as applied to the states). This law is nothing more than a poor recitation of the First Amendment, and is a thinly veiled move by the legislature showing their lack of respect or tolerance for the LGBTI community. While I do not feel that this will significantly affect anything in the courts, this law, along with the Manhattan Declaration of 2010 as mentioned by Kentucky Equality Federation President Jordan Palmer, acts to block forward progress and is a continued embarrassment for the Commonwealth.”

Kentucky Equality Federation will continue to monitor House Bill 279 and may challenge it in court if it undermines equality efforts.